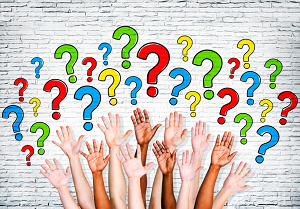 When you’re in the U.S. around election season, it’s hard to escape the ads on television, radio, in your mailbox, your email inbox and more. Recently, early voting has caught on as a way to lock in votes early (and conveniently for voters). What can your organization learn from the trend toward early voting?

Promotion
Start educating members about your election early. Studies have shown a minimum of three reminders is necessary to really get the details of an event to stick with someone. It’s important to find the right balance between overdoing it with reminders and not sharing enough information. Indirect reminders, like disseminating candidate interviews, are a great way to keep your election top of mind and relevant.

Participation
What has motivated your members to participate in elections in the past? And what do they say might motivate them in the future? Analyzing data from past elections and surveying members will help you understand how to increase election participation in the future.

Pressure
Incorporating subtle social pressure tactics is a common way to increase voter participation. The continued use of ubiquitous “I Voted” stickers seen on election day is proof that pressure works. Why not take it to the next level with your organization’s election and encourage members who vote online to share they participated with their social networks. It’s validation, election promotion and a nudge for others to vote all at once.

A recent story on National Public Radio focused on tactics such as social pressure to encourage people to vote early. The success of the Facebook-based Pledge to Vote Challenge shows that no one wants to be seen as “that guy” who doesn’t vote.

Using the three P’s – promotion, participation and pressure – can significantly increase the number of voters in your organization’s next election. Contact us  any time for more information on these and other tactics that can make your elections more effective.